Is Facebook the New Panopticon? (and why that’s good) 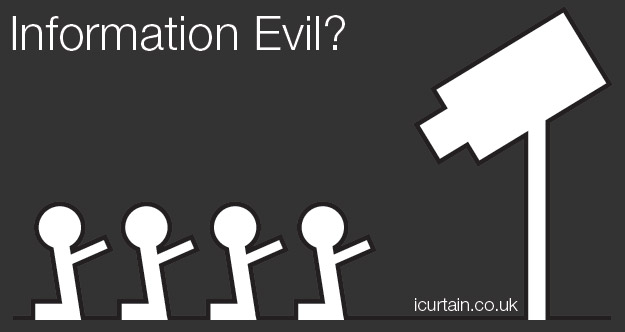 Alright, maybe that’s a little dramatic. After all, the panopticon was an idea born from thoughts on discipline and the prison system:

Hence the major effect of the Panopticon: to induce in the inmate a state of conscious and permanent visibility that assures the automatic functioning of power. So to arrange things that the surveillance is permanent in its effects, even if it is discontinuous in its action; that the perfection of power should tend to render its actual exercise unnecessary; that this architectural apparatus should be a machine for creating and sustaining a power relation independent of the person who exercises it; in short, that the inmates should be caught up in a power situation of which they are themselves the bearers. (Foucault, Discipline & Punish: The Birth of the Prison (NY: Vintage Books 1995) pp. 195-228)

Though the idea of the panopticon is freely thrown around in modern popular culture, it has a very specific definition and purpose: to present a power that is visible, yet unverifiable.

Now, back to Facebook. Facebook is certainly no prison, that part is obvious, and its goal is not to discipline us (though the argument could be made that its goal is to train us to share recklessly, that will be put aside for another post), however, the physical description of the panopticon suits the organization of Facebook alarmingly well. The users, each with their individual profile, is encouraged to mingle with others by interacting within a software application that facilitates sharing. To the uneducated or unconcerned user, Facebook appears to be a space of free expression with range only limited by the user him- or herself. Facebook only works if you don’t act as if you are under the surveillance of the panopticon (which would usually cause one to limit behavior and sharing). This could, theoretically, be possible, but not under the influence of capitalist interests and governments (power, collectively). The power relation between Facebook and the user is not one of discipline, but one of coercion. The idea is simple: when users “share” and do so often, value of the platform goes up, thus, Zuckerburg wins (and so do his advertisers). So in a very basic way, now we understand why and generally how Facebook is manipulating the user. If you didn’t catch it, the answer is $$$. Cash is king, and pursuit of power is often the pursuit of wealth.

It should be obvious by now that Facebook doesn’t exactly fit the model of the panopticon. After all, the “observed” can mingle freely, Facebook doesn’t oversee everything you do (at least in the sense of an ordered series of events;  data is another story), and we can leave when we choose. So why go through the trouble of pointing the finger and crying wolf? The fact is, comparing Facebook’s structure and doings to the model of the panopticon is extremely useful in preparing oneself for the possibility – and the reality – of what they know about you. Anything posted on its platform is fair game for an internal data mining that dictates what ads each user sees and contributes to a larger data set that helps Facebook understand what its next move should be with regard to expansion.

I recently checked out Rapleaf, and the data they claimed to know about me was quite disappointing (presuming, of course, they actually disclose everything they know about me, as they claim they do). Save for general age group, that I graduated high school, have an interest in social networking, and live in Texas, the rest of the fields were largely blank. Were Facebook to offer the same service (I’ll wait for the wave of cynicism to pass), I believe those who fail to see Facebook as a panopticon would be caught off-guard. When you apply the concept of the panopticon and very precisely substitute the purpose, as mentioned above (discipline for monetary gain), the result is a monumentally self-centered entity that has surprisingly few bounds when it comes to gaining what it wishes. Everyone would do well to take notice of the panopticon, even if for nothing more that self-preservation.